Design a site like this with WordPress.com
Get started
Skip to content
glmglsmirrorsites2 Christian, zTransfer-UCN June 30, 2020June 30, 2020 2 Minutes 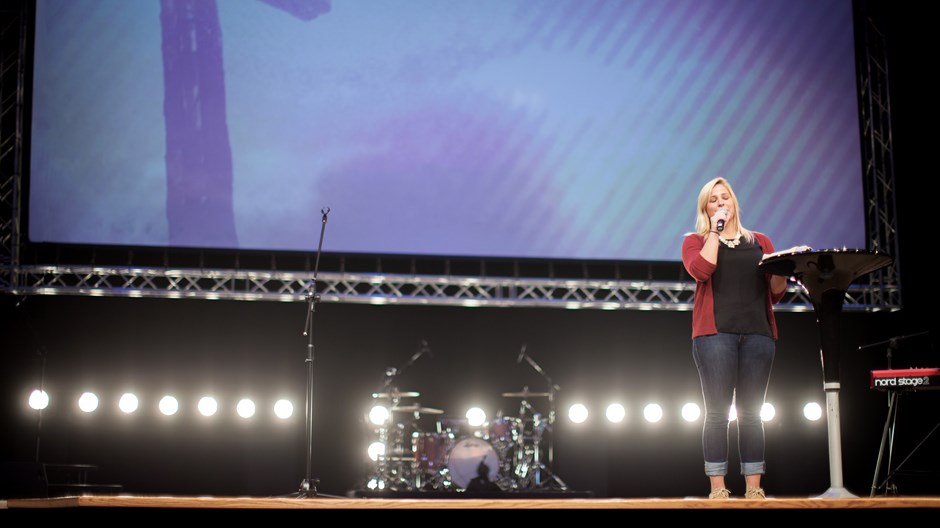 Ryan P. Burge is an instructor of political science at Eastern Illinois University. His research appears on the site Religion in Public, and he tweets at @ryanburge.

In evangelical discourse, there are several issues that you can count on to stir up a heated debate. One is the role of women in the life of the church.

Yet for all the debates around gender and leadership roles, for years researchers have found less of a divide on the topic among the people in the pews. The results of a recent survey once again indicate that most evangelical Protestants are in favor of seeing women take on more prominent positions in the church.

In a survey I fielded along with political scientists Paul Djupe and Hannah Smothers back in March, 8 in 10 self-identified evangelicals said they agree with women teaching Sunday school, leading worship at church services, and preaching during women’s conferences or retreats.

Slightly fewer endorsed women preaching during church services, but 7 in 10 were in favor, according to the research, conducted by a team of political scientists in March 2020. 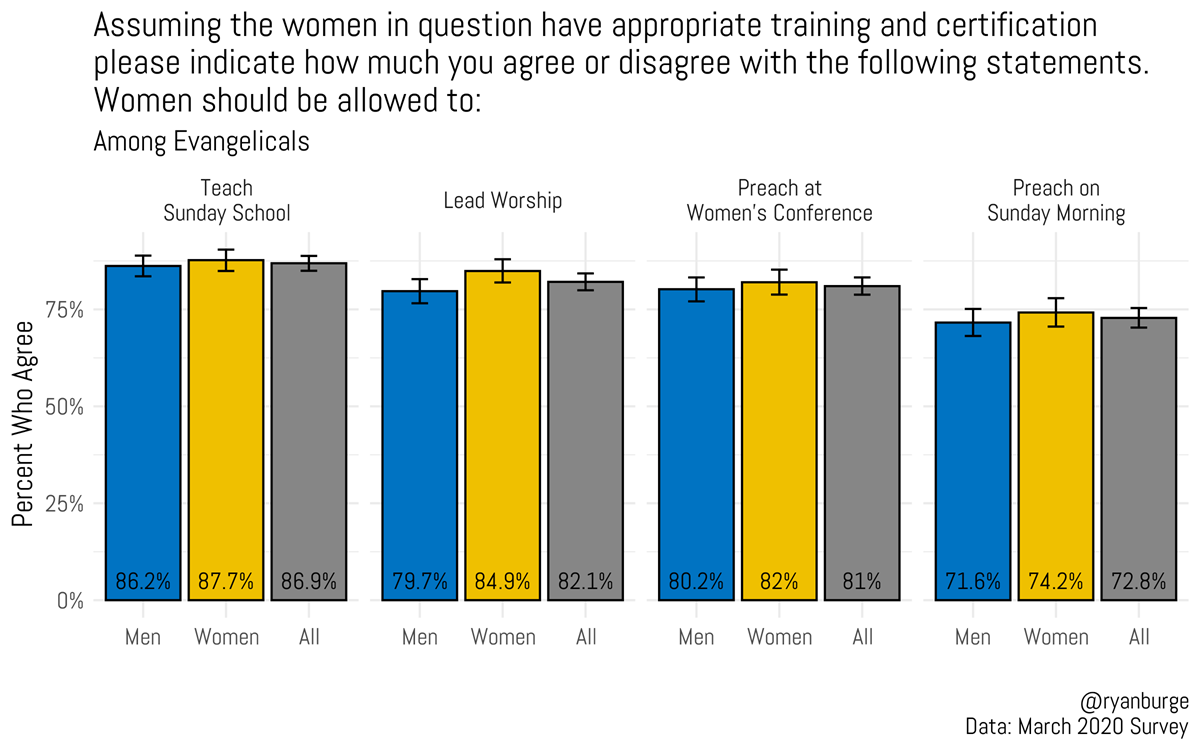 Some commentators pushed back saying both that the 2011 data was dated and that the questions weren’t explicit enough about the types of roles for women in the church. The March 2020 survey was designed to allow respondents to indicate what kinds of leadership roles they are comfortable with women taking on.

A strong majority of evangelicals, men and women alike, supported women’s involvement in each of the roles queried, though women were slightly more in favor of each.

The most universally supported role was having women teach Sunday school, with 86.9 percent in favor. The debate over whether women can lead over mixed-gender Sunday school classes has gone on for years in certain evangelical traditions, including Baptist and Presbyterian denominations. It comes up on sites like 9Marks, Reformation21, and Desiring God, often hinging on whether the Sunday school setting is analogous to a church service or not.

Women preaching on Sunday morning got the least support, with 72.8 percent. Even some churches that do not permit women to serve as lead pastors and elders at times allow women to share on Sundays as guest speakers or preachers—making a distinction to between the “special teaching” they believe to be restricted to qualified male leaders and the “general teaching,” which can be presented by any church member, male or female.