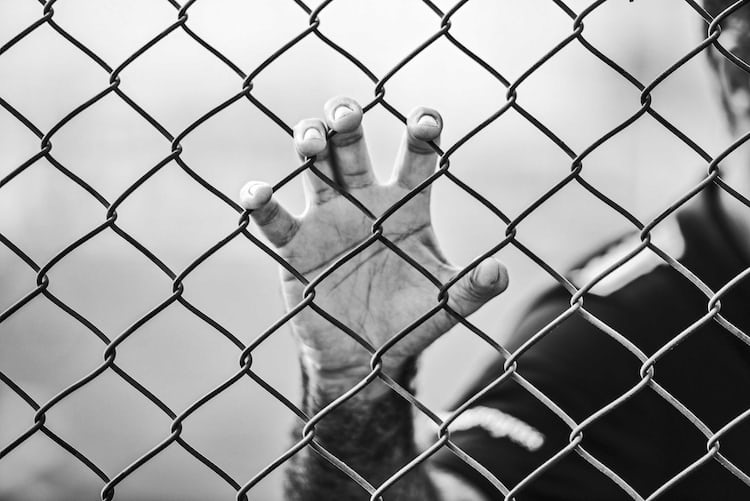 Human trafficking recently reemerged in the news cycle after a conspiracy circulated on social media in early July about the Boston-based furniture company Wayfair supposedly selling missing children. Wayfair responded that there was “no truth” to the claims, and the baseless suggestions have been debunked. Still, the anti-human-trafficking organization Polaris received hundreds of calls, which interrupted its support for real victims. Human rights advocates say that the Wayfair conspiracy diverts attention from the risks posed to vulnerable groups during the global pandemic.

“Human trafficking is often the darkest consequence of compounding vulnerabilities in people’s lives,” said Ashleigh Chapman, a longtime advocate for ending human trafficking and the founder of a new educational program called JusticeU. “And what the pandemic has done has greatly accelerated and compounded vulnerabilities … that traffickers are looking to exploit.”

With many people stuck at home, stressed, or bored, pornography use has increased—Pornhub’s traffic shot up nearly 20 percent in late March. Sites like OnlyFans, a subscription-based social media platform used heavily by sex workers, have increasingly drawn unemployed people desperate for cash. OnlyFans saw a 75 percent increase in signups in March and April. Glamour magazine reported that up to 10,000 creators were joining OnlyFans daily during the month of May.

“We know that pornography is an entryway for purchasing people for sex,” said Amanda Eckhardt, the executive director of Restore NYC, a faith-based nonprofit that works with immigrant survivors of sex trafficking. “It’s important for the church to know that beyond the shutdown and pandemic, there will likely be a whole new cohort of people who will increase beyond traditional pornography viewing to purchasing sex, which will intersect with the trafficking of women and girls.”

Groups already marginalized because of race, immigration status, or income are at increased risk for trafficking, according to Polaris. Loss of safe housing, unemployment, or other kinds of economic instability during a pandemic all increase opportunities for people looking to exploit victims for labor or sex trafficking, said Chapman.

Even with their organizations working exclusively online, anti-human-trafficking advocates are concerned about facing an uptick in cases during a time when operations may suffer financially.

Restore NYC saw 80 percent of women who were receiving career coaching and support from the ministry lose their jobs in the first four weeks of the city’s lockdown. And 5 percent of the 186 women they served exhibited symptoms of COVID-19. Additionally, their programs had received double the referrals in March than in the same month last year.

With an unstable economy, survivors face short-circuiting their recovery process and the possibility of being trafficked again. Eckhardt said that survivors they worked with told Restore they were considering returning to the streets or a trafficker after losing their jobs.

“We just thought, after a decade of work, this could not be so,” she told CT. The organization quickly set up a cash fund to help women pay their bills—a short-term stopgap.

Even for those who are able or choose to stay in safe homes, dramatic shifts in support systems—moving counseling online, for example—and sudden instability can be emotionally triggering for those who suffer from mental health disorders.

“All of us are going through our own internal struggles like depression or anxiety,” said Stephanie Clark, CEO of Amirah, a New England–based anti-trafficking organization and holistic recovery program. “If you have someone who has PTSD and they are being told, you have to stay home, you’ve lost your job, your safe home could shut down if donations dry up—all of those issues are tenfold for them.”