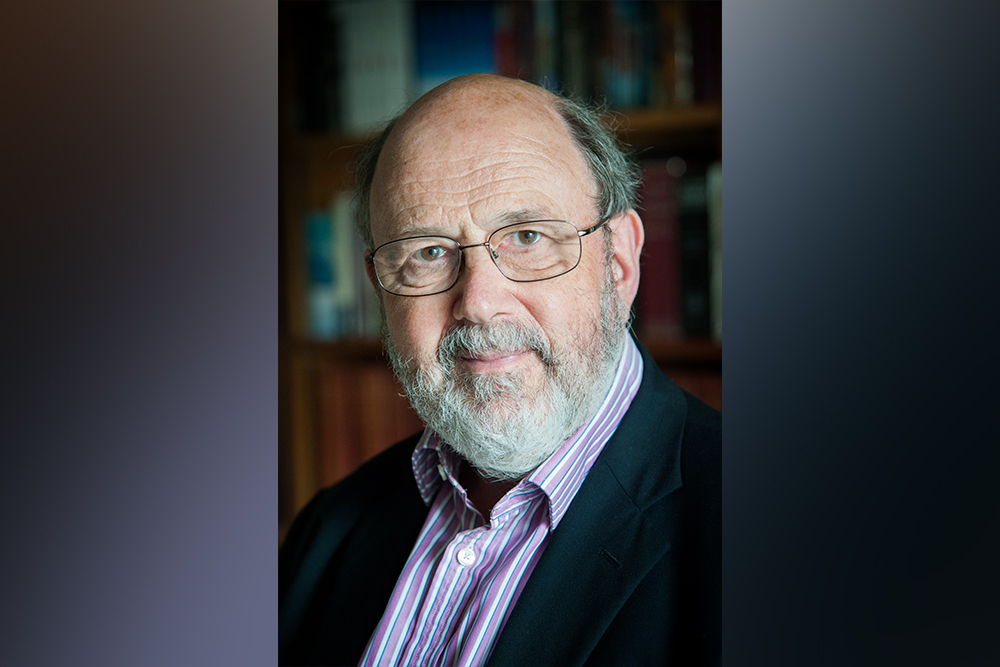 Between around-the-clock news reports, interviews with public health experts, and pundits hashing out the pros and cons of different disease-fighting strategies, we’re hardly at a loss for information and perspectives on COVID-19. Yet there are still many questions we struggle to answer with complete confidence: Why has this happened? What should we do in response? And where is God in all of this? In God and the Pandemic: A Christian Reflection on the Coronavirus and Its Aftermath, theologian and author N. T. Wright shows how Scripture speaks to our confusion and uncertainty. Andy Bannister, director of the Solas Centre for Public Christianity in Scotland, spoke with Wright about his book.

Many Christians have already written books about the pandemic—everyone from John Lennox to John Piper, and even people with names other than John. What inspired you to contribute your own book?

Back in March, Time magazine asked me if I would do an article on the pandemic. It got a rather provocative headline: “Christianity Offers No Answers About the Coronavirus. It’s Not Supposed To.” I wanted to say that this drives us toward the Romans 8 position, where the Spirit groans within us with groans beyond words (v. 26)—this is an extraordinary thing for Paul to say. And what it says to me is that we are supposed to be humble in the face of this, not to think we should know all the answers.

After the article appeared, I began to get feedback. People emailed me to ask, “How can you say that?” And I was informed about what people were saying on Twitter (I never look at Twitter myself). All the while, I kept hearing people use Scripture in a way that seemed less than fully adequate. The book is an attempt to explore how Scripture, in its entire narrative and flow, really speaks to the circumstances we’re experiencing today.

When COVID-19 hit, it seemed many of us were taken by surprise. Do you think the Western church has been living with comfort and security for so long that we have forgotten how to deal with darkness, suffering, and crisis?

Absolutely! I was talking to a senior church leader a few weeks ago about this, and he remarked: “You know, Tom, we don’t do lament very well. We’re not used to it. But nor do we celebration terribly well either. What we mostly seem to do is complacency.” And I think he’s right. I keep hearing Christians asking, “Could this be the end of the world?” And I want to remind them that things like this have happened again and again. For example, in 1917–18, there was the great Spanish flu pandemic, during which churches in some parts of the world were shut for a year. We forget that we have been here before.

Furthermore, for my baby boomer generation, which grew up after World War II, we haven’t had a war on our territory. We haven’t had a pandemic. Sure, we’ve had a couple of economic crises, but we’ve managed to weather those, more or less. So we’ve just muddled along and carried on as though nothing too bad is going to happen. We forget about history.

I was fascinated when I recently reread the letters of Martin Luther, one of which I quote in the book. Luther had to cope with this kind of stuff every few years, either for himself or for people in neighboring towns who cried out, ”Help! We’ve got a great epidemic. People are dying. What do we do?“ Luther talks about obeying the rules concerning taking medicine, helping practically where you can, and not getting in the way and giving the disease to others if you might be infectious. He was very pragmatic, effectively saying, This is how we cope. Let’s not make a big theological fuss about it.

Your book draws on plenty of Old Testament themes, especially from the Psalms and Job. Concerning the latter, you argue that “part of the point of Job is precisely its unresolved character.” Do you think Christians today seem to struggle with ambiguity because they lack a firmer grounding in the Old Testament?

Overall, I think part of our problem is the rationalism of the last two or three hundred years in the Western world, which has soaked into the church because the rationalist critics of Christianity have said things like: “Aha, look, modern science shows us that Christianity is false!” In response, rationalist Christians have said, “No, let’s show how it is all completely rational!” That can lead to us wanting to have the answer to everything, and so we want to say things like: “Because God is sovereign, he must either have done this deliberately or at least permitted it deliberately.” We think that we should be able to see what he’s up to. But I really don’t think we are given that kind of access.

One of my favorite moments in the New Testament is in Paul’s letter to Philemon about the slave Onesimus. He writes, ‘Perhaps the reason he was separated from you for a little while was that you might have him back forever” (1:15). In other words, Paul thinks that perhaps he might be able to see what God was up to in this situation. But he’s not going to say so definitively.

There’s a humility here that we need. Now that could spill over backwards into an attitude of “We know nothing, so who cares?” That wouldn’t be wise either, because we are given guidelines. But knowing all the details is, as the saying goes, above our pay grade. It’s God’s job. Our job, when God lets us know what we have to do in this particular situation, is to get on with it.

When you talk about the Gospels, you emphasize the example of Jesus standing at the tomb of Lazarus, weeping. What might you say to somebody who isn’t a Christian, who is wrestling with the problem of suffering, and who asks: “What good is a weeping God? I can weep. Anybody can weep. What we need is action; we need something done! How does Jesus weeping help?”

There’s plenty of action in the story, and the action grows out of the tears. As is often the case, in fact, tears in the Gospels sometimes are the crucial element. What they show is that the God who made the world, who became human as Jesus of Nazareth, is not sitting upstairs somewhere, looking down and saying, “Okay, I’ll sort out your mess.” Rather, he’s the God who comes and gets his hands dirty and gets his hands pierced in order to be where we are and to rescue us from there. It’s profoundly comforting to know that when I am grieving, as Paul says in Romans 8, Jesus is grieving with me, and the Holy Spirit is grieving within me. And this is one of the things that marks out the Christian faith as distinct from pretty well any other worldview that I know.

What does the rest of New Testament—and in particular the role of the Holy Spirit—have to teach us about our response to the pandemic?

Romans 8, which I just mentioned, is one of the greatest passages in the whole Bible. When I was working as a bishop, if I was interviewing people for parish jobs, I would sometimes ask: “What’s your desert-island Bible text?” And to make it harder, I would add, “You’ve already got John 20 and Romans 8, so don’t go there. Those are too obvious.”