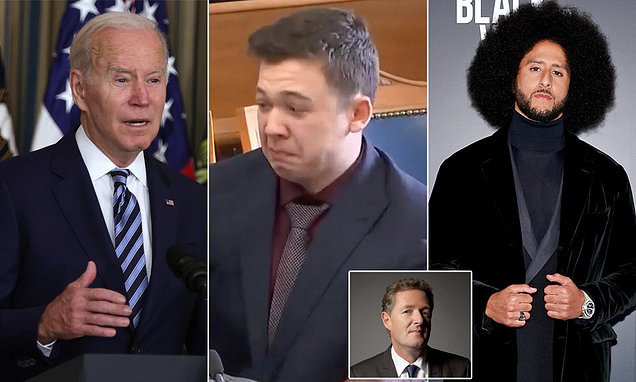 Kyle Rittenhouse is not a hero.

A deluded, naïve, dumb 17-year-old teenage kid with aspirations to be a wannabee Rambo.

The fact he was able to arm himself with a semi-automatic AR-15 rifle is yet another example of the insanity of America’s gun laws, or lack of them.

But there is no doubting that he was legally able to do so.

Just as he was legally permitted to defend himself with the gun when he came under attack from Black Lives Matter protesters in Kenosha, Wisconsin.

That’s why he walked free from court last Friday, and why the verdicts were the correct ones if you bother to study Wisconsin’s unambiguous self-defense laws.

You might not agree with those laws, just as I don’t agree with Rittenhouse being able to carry such a weapon of war (Wisconsin state allows minors to possess shotguns and rifles so long as they’re not short-barreled) when he’s too young to buy a beer in the same state – but you can’t deny they are the laws.