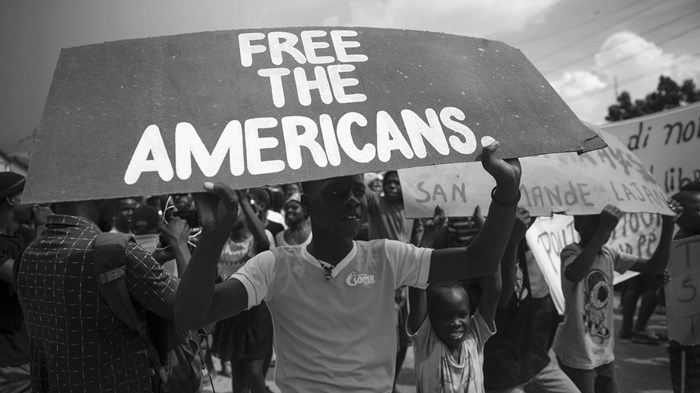 Two members of a missionary group kidnapped in Haiti a month ago have finally been freed, leaving 15 Christians still in captivity.

“The two hostages who were released are safe, in good spirits, and being cared for,” stated Christian Aid Ministries (CAM) on its website. The Ohio-based group said it “cannot provide or confirm the names of those released, the reasons for their release, where they are from, or their current location.”

“We encourage you to continue to pray for the full resolution of this situation,” stated CAM. “While we rejoice at this release, our hearts are with the 15 people who are still being held. Continue to lift up the remaining hostages before the Lord.”

The group of 16 Americans and one Canadian was visiting an orphanage when they were kidnapped by 400 Mawozo, a powerful gang whose leader threatened to kill the hostages if demands for a million-dollar ransom per person were not met.

Christians in Haiti, both Haitian church leaders and other American missionaries, recently explained their concerns to CT about how the CAM workers could be released in ways that would embolden the gangs that have brought life in Haiti to a standstill.