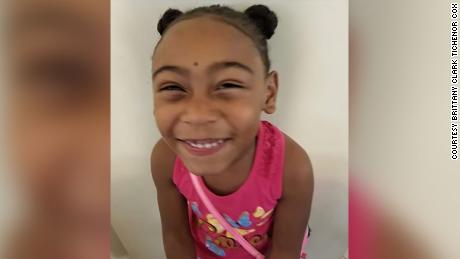 Izzy’s family said in a statement that they reported the bullying to teachers, as well as school and district administrators, but nothing was done to stop the harassment, the Deseret News reported. The Utah school district where Izzy was a student was recently repremanded by the U.S. Department of Justice for failing to address widespread racial discrimination of not doing enough to protect their daughter who they said was bullied for being Black and autistic.

“Nothing was done to protect Izzy,” the family said in a statement. “Children did not have their behavior corrected so the torment of this child continued day after day.”

Shauna Lund, a spokeswoman for Davis School District, said Foxboro Elementary School in North Salt Lake “worked extensively with the family” and that the administration responded appropriately to the reports of bullying. Lund declined to share any further details to uphold the family’s privacy.

Izzy’s death comes about two weeks after a federal civil rights investigation found widespread racial harassment of Black and Asian American students at Davis School District, including hundreds of documented uses of the N-word and other racial epithets over the last five years.

Black students throughout the district told investigators about similar experiences of white and non-Black students calling them the N-word, referring to them as monkeys or apes and saying that their skin was dirty or looked like feces, according to the department’s findings. Students also made monkey noises at their Black peers, repeatedly referenced slavery and lynching and told Black students to “go pick cotton” and “you are my slave.”

District officials admitted to federal investigators that their discipline data from at least four years revealed that staff treated students of color differently than white students, but the district did nothing to correct these disparities, according to the department.