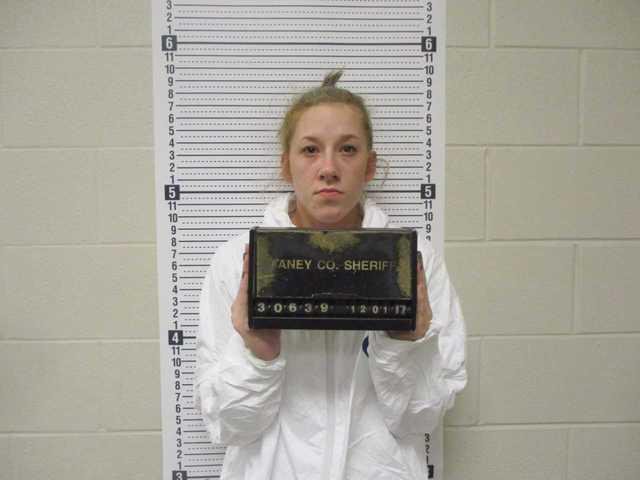 Bailey Boswell, the woman convicted in the death and dismemberment of Sydney Loofe a Nebraska hardware store clerk, was sentenced to life in prison instead of the death penalty. She would have been the first woman sentenced to death in Nebraska.

Prosecutors said Boswell and her boyfriend, Aubrey Trail, 55, had been planning to kill someone before Boswell met Loofe, 24, on the dating app Tinder and lured her to them. Loofe, a cashier at a Menards store in Lincoln, was strangled. Her body parts were later found in garbage bags, cut into 14 pieces and left in ditches along country roads in rural Clay County.

Boswell will now spend the rest of her life at the Nebraska Correctional Center for Women.

A three-judge panel deadlocked on the appropriate sentence for Bailey Boswell, with two arguing that the 27-year-old deserved to die for her crimes and the third maintaining that prosecutors failed to prove that the case merited the ultimate punishment.

I can say that Bailey is grateful for the sake of her family and particularly her (7-year-old) daughter, Nahla, that she did not receive a death sentence, and so am I,” said Lancaster, of the Nebraska Commission on Public Advocacy.

In a statement, Nebraska Attorney General Doug Peterson did not directly address the ruling but thanked local law enforcement and the jury that convicted Boswell for their work.

Judges Vicky Johnson and Darla Ideus disagreed and ruled in favor of capital punishment. Both judges concluded that Boswell deserved death because she helped lure Loofe back to the apartment where she and Trail lived and bought power tools ahead of time that were used to cut up Loofe’s body. They also pointed to statements at trial that Boswell was sexually aroused by thoughts of people being tortured and killed.

“Boswell’s actions and words demonstrate that she had no regard for the life of Sydney Loofe beyond her own pleasure,” Johnson said

Boswell will now become the 16th woman serving a life sentence in Nebraska for first-degree murder, according to a Nebraska Department of Correctional Services spokeswoman.