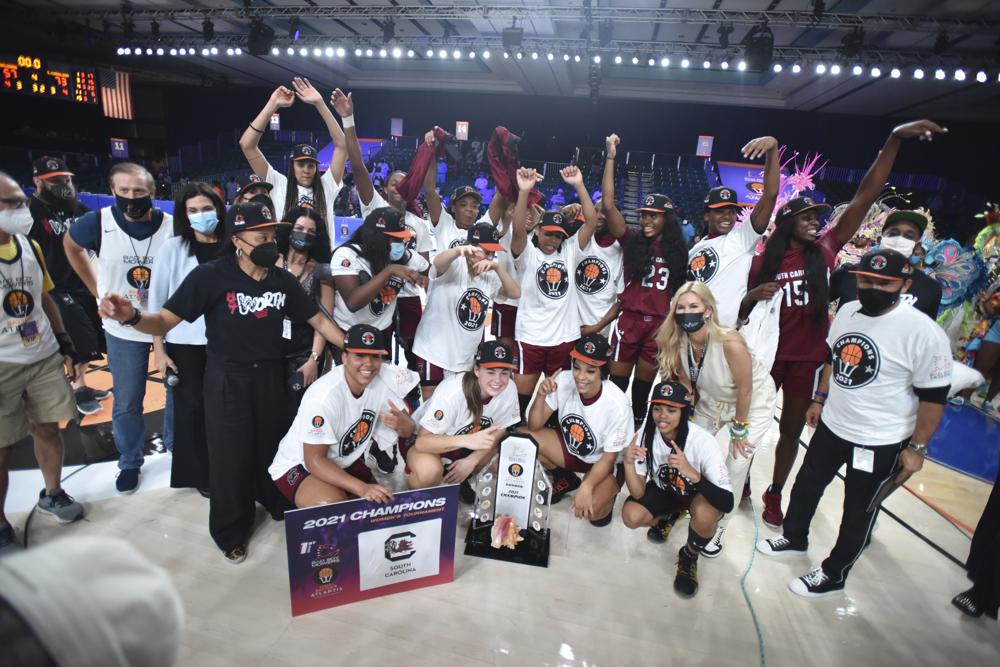 Aliyah Boston had 22 points and 15 rebounds and the Gamecocks held the No. 2 Huskies to three points in the final 10 minutes of a 73-57 victory in the championship game of the inaugural Battle 4 Atlantis tournament.

“Our players are determined. They are resilient,” said Staley, South Carolina’s Hall of Fame coach. “We knew exactly what we had to do especially on the defensive side of the ball. We had to disrupt. UConn’s a team that’s a well-oiled machine. If you allow them to run their stuff, they’ve made teams look stupid. We had the personnel to disrupt and force them into contested shots.”

In “the next four months, the team you saw today could be a completely different team. That’s every coach’s hope and prayer,” Auriemma said. “Our team can keep changing every week. Use every experience to build on. … This team, this team’s got some work to do if that’s going to happen. We’re going to have to work really, really hard for that to happen.”