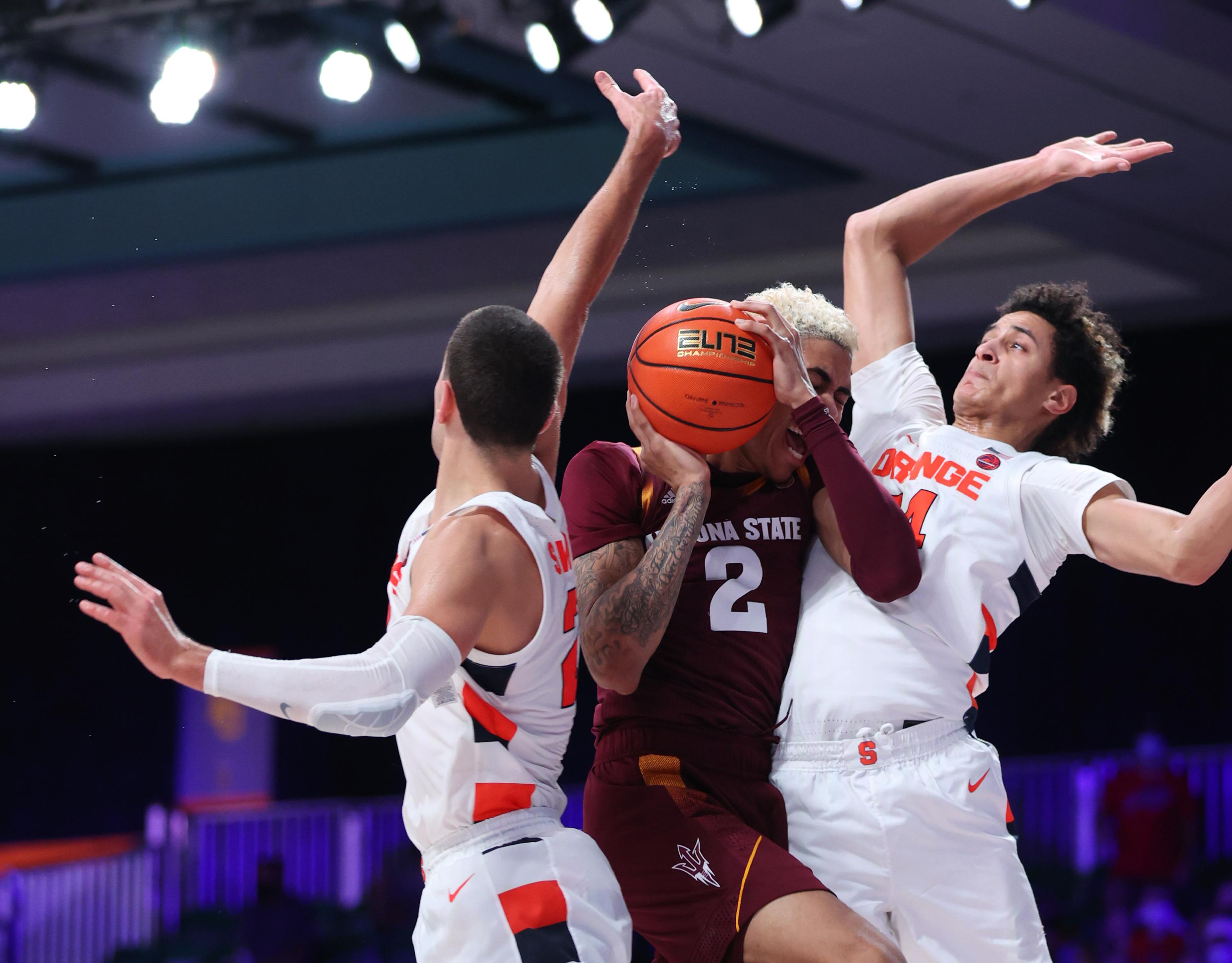 Buddy Boeheim scored 17 of his 23 points before halftime to help Syracuse build a huge lead and beat Arizona State 92-84 in Thursday’s consolation round at the Battle 4 Atlantis.

Syracuse advances to face No. 19 Auburn in Friday’s fifth-place game, while Arizona State will meet Loyola Chicago in the seventh-place game and avoid being the only team to go 0-3 at the Atlantis resort.

Marreon Jackson scored 17 points to lead six players in double figures for the Sun Devils, who made 11 of 23 3-pointers after halftime and 15 of 39 for the game. Jackson, D.J. Horne and Luther Muhammad each hit three 3s after halftime.

Arizona State got as close as seven three times in the final 3 minutes, though Edwards and Cole Swider each had three-point plays to answer and hold off the Sun Devils.