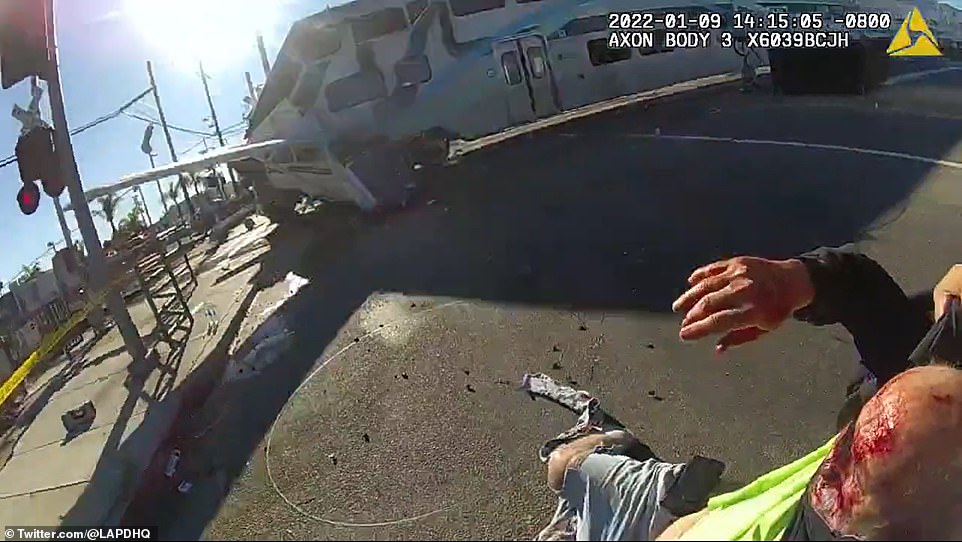 This is the heart-stopping moment Los Angeles police officers rescued a bloody pilot from a small plane that crash-landed onto railroad tracks just seconds before it was pummeled by an oncoming train Sunday afternoon.

Officers pried away the metal wreckage and pulled out the unidentified pilot from the destroyed Cessna 172, according to video shared by police.

They finally rescued the pilot – who appeared unable to walk and had blood pouring from his head – and dragged him down the street, away from the train tracks.

The pilot was taken to the hospital in an unknown condition. No other injuries were reported and he was the only person on the plane, according to Sacramento station KCRA.