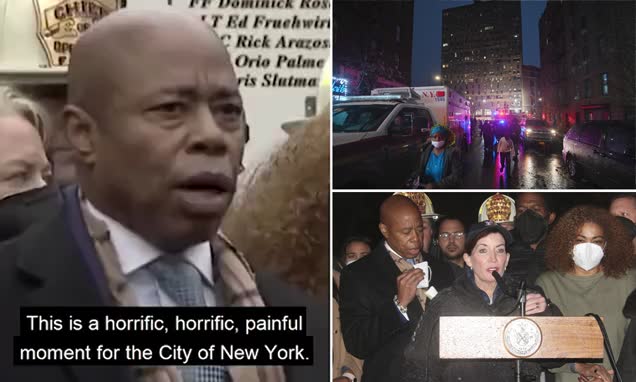 New York City’s new Mayor Eric Adams appeared solemn Sunday as he spoke to reporters outside a Bronx apartment building where at least 19 people were killed in a fire. ‘This is going to be one of the worst fires that we have witnessed during modern times,’ he said. The tragedy is the latest challenge Adams faces as he adjusts to his new role as the city’s top politician amid criticism over hiring his brother as deputy NYPD commissioner and his endorsement of Manhattan’s new DA