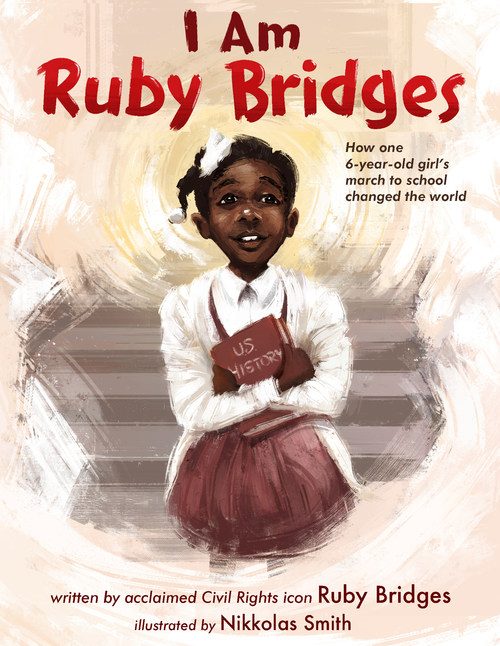 Nearly 62 years ago, a then six-year-old Ruby Bridges bravely walked through the doors of the New Orleans-based William Frantz Elementary School, becoming the first Black student to integrate an elementary school in the South. It was an act of courage that served as a defining moment in the civil rights movement and would inspire generations to come. Her poignant story will be the focus of a new children’s book slated to be released this year.

The book “I Am Ruby Bridges” intertwines poetry and vibrant imagery created by renowned artist Nikkolas Smith to capture Bridges’ pioneering story. In 1960, following a federal court order, the Orleans Parish School Board implemented a plan to integrate public schools. The school district created academic entrance exams for Black students to attend all-white schools, and Bridges was one of five students who passed the test.

Despite their safety concerns, her parents decided to allow Bridges to attend William Frantz Elementary School so she could take advantage of educational opportunities that weren’t afforded to them. Angry mobs of white segregationists would torment Bridges and her mother to the point where they had to be escorted into the school by federal marshals daily. The harrowing encounters she endured as a child would later spark Bridges’ passion for social justice. “I Am Ruby Bridges” serves as a reflection piece as she recounts her experiences through the lens of her younger self.