Design a site like this with WordPress.com
Get started
Skip to content
glmglsmirrorsites2 Christian, zTransfer-UCN January 20, 2022January 20, 2022 1 Minute 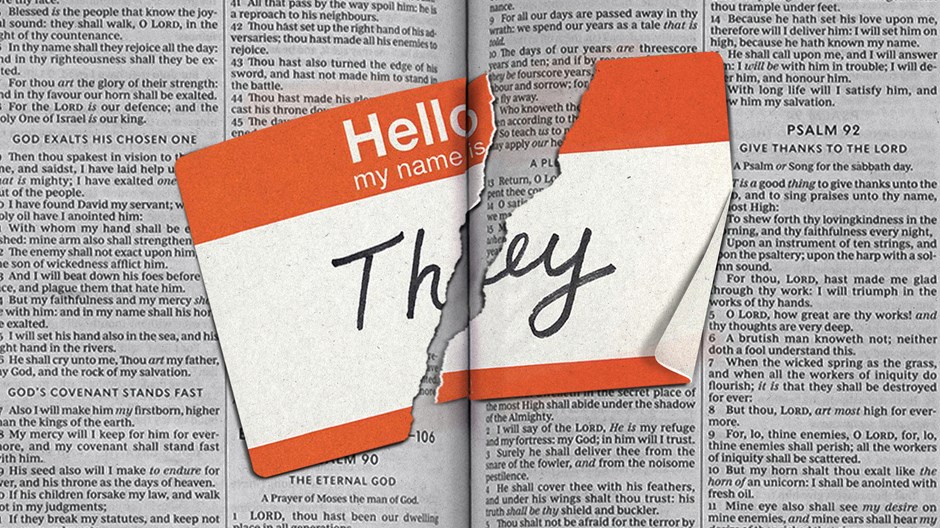 Terms and their meanings have always shifted as cultures change. Over the last several years, some of the most significant controversies in the public square have hinged on the use and meaning of words, whether in reference to sexuality, gender, political convictions, or many other examples.

At present one of the liveliest language debates in our culture centers on personal pronouns. As a part of that conversation, some groups are expanding the semantic range of they to include a singular subject rather than only a plural subject—a linguistic leap previously nonexistent in the English language.

Many Christians (including myself) disapprove of this semantic expansion on legitimate and significant anthropological grounds. There is no such thing as a nongendered human and therefore no need to use a nongendered pronoun in reference to a person. Even so, since they is now being popularly used in English as a singular pronoun, I was recently asked about the implications for Christian theological language. If they can take a singular subject, is it appropriate to use they in reference to the triune God?

Put simply, the answer is no. Introducing a nongendered, personal, singular pronoun into our theological discourse isn’t orthodox, in my opinion. The primary reason: God has revealed himself in the words of Scripture, and Christians should use biblical language to refer to him whenever possible.

Let’s dig a bit deeper into why.

First of all, God is holy. In his eternal being, he is wholly separate from everything and everyone he has created. This divide between God and creation presents a quandary for theological terminology. Every word we use in reference to God—whether a noun, verb, or pronoun—already has a meaning from our context within creation.