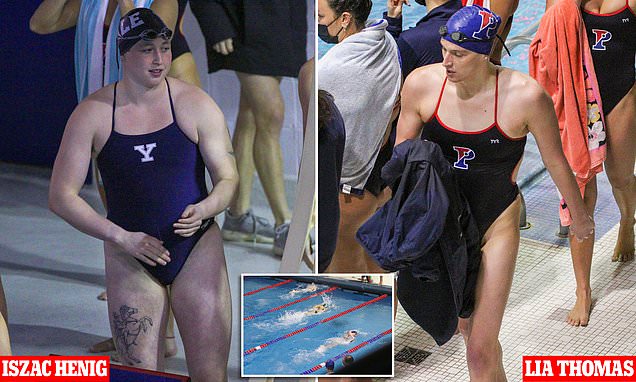 A member of the UPenn swimming team says that she believes Lia Thomas, 22, colluded with Yale transgender swimmer Iszac Henig during a 100 freestyle race. Henig defeated Thomas in the 100-yard freestyle, finishing with a time of 49.57, who finished sixth with a time of 52.84 at a January 8 meet. The teammate says she is convinced Thomas and Henig came up with their plan before the Penn home tri-meet with Yale and Dartmouth. ‘Looking at (Lia’s) time, I don’t think she was trying,’ she said. ‘I know they’re friends and I know they were talking before the meet. I think she let her win to prove the point that, ”Oh see, a female-to-male beat me.’