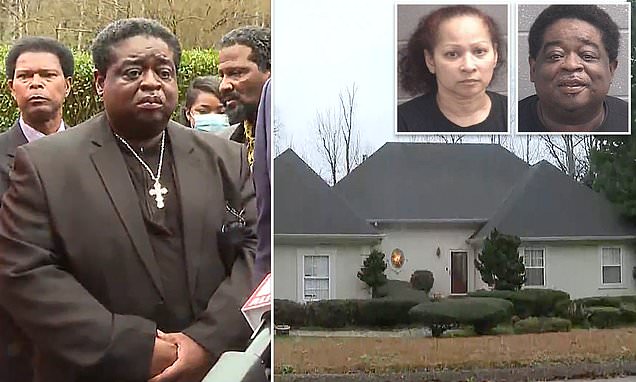 A Georgia pastor and his wife were arrested for reportedly ‘imprisoning people against their will’ after eight disabled residents were found in the basement behind a deadbolted door – when medics climbed through a window to reach one person who had suffered a seizure.

Pastor Curtis Keith Bankston, 55, and his wife Sophia Simm-Bankston, 56, of Griffin, were arrested for false imprisonment after authorities found eight people who were suffering from a mental or physical disability between the ages of 25 and 65 inside the basement of their home.

Curtis has disputed the claims that One Step of Faith 2nd Chance – their unlicensed group home – was holding people against their wills and ‘they were free to come and go as they please.’

Authorities said ‘the ‘caretakers’ have been leasing this property for approximately 14 months, using the basement as a personal care home for the individuals, which essentially imprisoned them against their will.’

Police in Griffin, located about 40 miles south of Atlanta, reported that they found a deadbolt on the basement door that was used to lock the patients in during certain parts of the day.