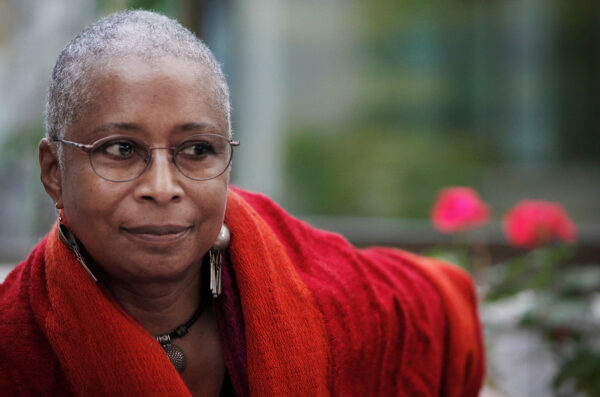 (RNS) — Alice Walker, the human rights advocate and celebrated author of, among other poetry and fiction, the award-winning 1982 novel “The Color Purple,” had been invited to the Bay Area Book Festival. The downtown Berkeley, California, event has been held since 2015, and this year, she was to interview the festival’s headliner, writer Honorée Fanonne Jeffers.

But, after being apprised of some of Walker’s nonfictional views, the event’s organizers rescinded the invitation.

At first, it was reported that Walker’s pro-Palestinian stance had prompted the disinvitation.

And, indeed, Walker has had harsh words for Israel. She refused to authorize a Hebrew translation of “The Color Purple,” because, as she wrote to an Israeli publisher in 2012, “Israel is guilty of apartheid and persecution of the Palestinian people.”

And in her 2013 essay collection, “The Cushion in the Road,” she compares Israel to Nazi Germany, suggests Israel should cease to exist as a Jewish state and claims “oppressed” Palestinians can’t be blamed for carrying out shootings and bombings.

To be sure, not all rhetoric critical of Israel is necessarily inherently antisemitic.

But when it sinks to a certain level of incendiary nastiness, it does invite suspicion.

And, in Walker’s case, the suspicion unfolds into certainty. It wasn’t Walker’s views about Israel alone, or perhaps at all, that prompted her removal from the festival roster. It was, as the book festival spokesperson Julia Drake made clear, her “endorsement of antisemitic conspiracy theorist David Icke.”

While the event organizers, she said, had been aware of “some controversial statements Ms. Walker had made in the past,” they hadn’t been aware “of the extent of it.”

That would include the famed novelist’s response in 2018 to The New York Times Book Review’s question “What books are on your nightstand?” Walker offered four titles, the second of which was “And the Truth Shall Set You Free” by Icke.

Anyone familiar with Icke’s views would be generous to just dismiss him as deranged. But less generous judgments are justified, too.

Claiming to be a “Son of the Godhead” and thus privy to spiritual revelations, Icke asserts the world is run by a secret cabal of alien “lizard people,” most of whom (though not all — he is quick to include members of the House of Windsor and every American president) are Jewish. The Holocaust, he contends, may not have actually happened. And if it did, he allows, it was funded by “the Rothschilds.”

Icke also embraces the infamous antisemitic forgery “The Protocols of the Elders of Zion,” which claims to depict a global Jewish cabal. He calls it the “Illuminati Protocols” but, despite the rechristening, makes clear who the “illuminati” are.

Citing “an extremely reliable source,” he asserts the “Protocols” cabal is really the force behind racist and fascist groups like Combat 18, which he contends is an intentionally misleading front for the Anti-Defamation League, the United States government and Mossad, which he calls the “‘Israeli’/Rothschild secret service.”

There are many other nuggets of nuttiness in Icke’s writings and statements.

Might Walker have meant only to recommend Icke’s book as entertainment, not as an endorsement of his fever dreams?

She effectively answered that question earlier, in June 2013, when she praised another of Icke’s conspiracy-sodden books, “Human Race, Get Off Your Knees,” confessing that reading it was “the first time I was able to… comprehend the root of the incredible evil that has engulfed our planet.”

And, in 2015, on her official website, Walker explained that “Icke only appears crazy to people who don’t appreciate the stubbornness required when one is called to a duty it is impossible to evade.”

Then, in 2017, Walker made her animus explicit, publishing a poem on her blog called “It Is Our (Frightful) Duty to Study the Talmud,” in which she references age-old out-of-context or fabricated quotes to show Jews condone sexual abuse and the murder of Christians. (Not-so-fun fact, with Passover approaching: Some pre-Holocaust Eastern European Jewish communities were directed by their rabbis to use only white, not red, wine for the Seder’s “four cups” to prevent antisemites from accusing them of drinking Christian blood.)

As it happens, the recent disinviting of Walker was not her first such experience. Back in the summer of 2013, she had been scheduled to speak at the University of Michigan’s Center for the Education of Women, which was celebrating its 50th anniversary.

Claiming (falsely, according to the Center) that her disinvitation was due to wealthy donors withholding support because of her views on Israel, she titled her blog post about the affair, “In Case You’ve Ever Wondered How It’s Done: Censorship by Purse String.”

The university, though, rescheduled her to speak at a different “public forum” on campus. Explaining the ostensible need for Walker to address students, university provost Martha E. Pollack wrote in an email that, “The University of Michigan has a long history of hosting speakers who bring a wide variety of perspectives, and events that focus on challenging topics.”

The university presumably considered the slandering of Jews and Judaism to be among the “varieties of perspectives” students would benefit from hearing, and such slander to constitute an acceptable “challenging topic.”

As a former resident of Northern California, I wouldn’t have expected a Berkeley book fair to deny a platform to a celebrated human rights advocate just because she happens to be an antisemite.

But it did, and that gives me hope that perhaps there may be a greater sensitivity these days to the evil of Jew-hatred than there was in 2013. And that, today, maybe even the University of Michigan might have the moral fortitude to deny an antisemite the honor of addressing its students.

(Rabbi Avi Shafran serves as director of public affairs for Agudath Israel of America, a national Orthodox Jewish organization. The views expressed in this commentary do not necessarily reflect those of Religion News Service.)