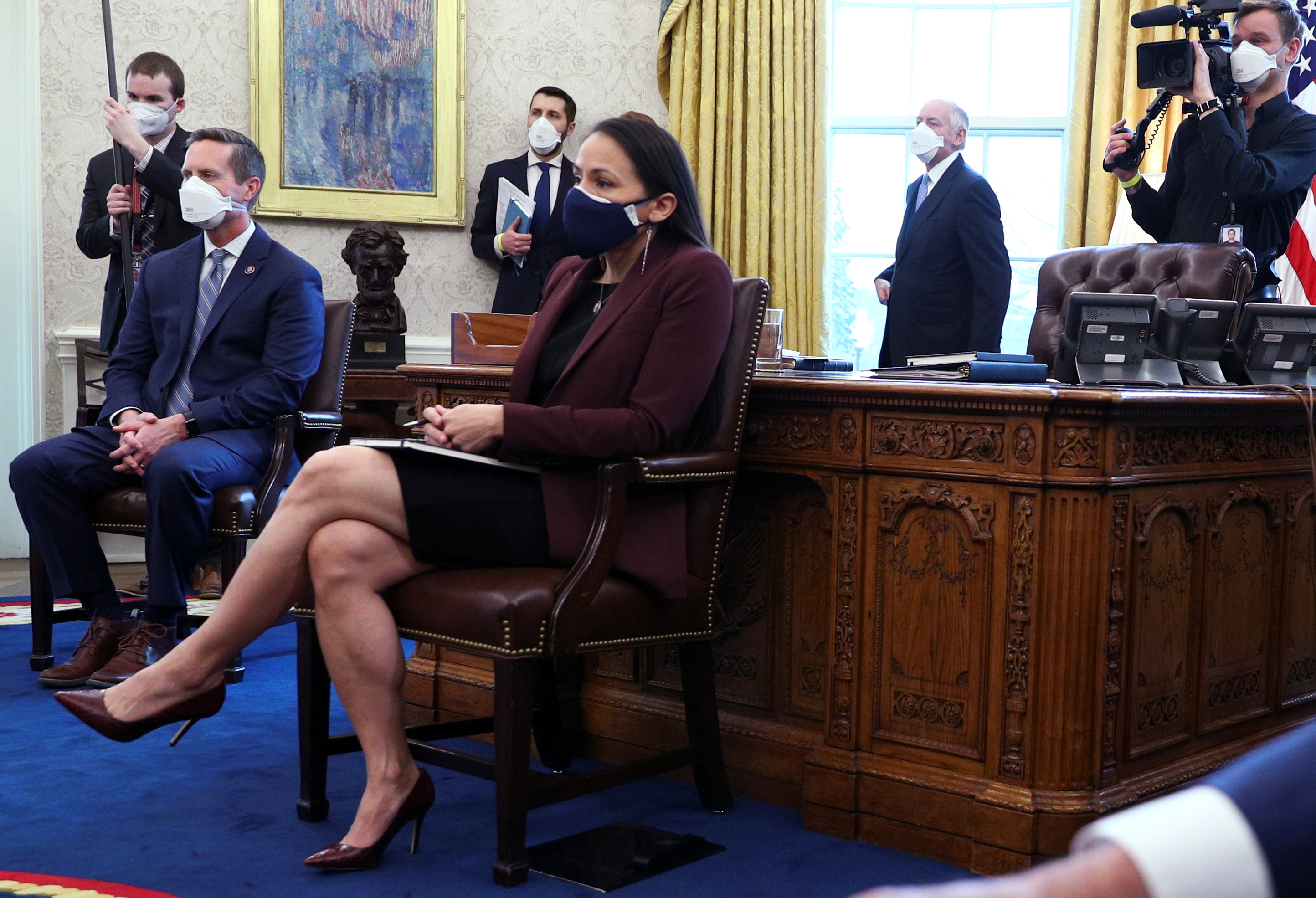 May 18 (Reuters) – Kansas’ new Republican-backed congressional map does not violate the state constitution, the state’s top court ruled on Wednesday, a decision that could endanger the state’s only Democratic U.S. representative in November’s midterm elections.

The state Supreme Court order reversed a lower court ruling that had found the map intentionally and illegally diluted the voting power of Democratic and minority voters.

Davids was the first Democrat to win a congressional seat in Kansas in a decade when she won in 2018; she is one of two Native American women to have ever been elected to Congress.

“From rushed hearings to backroom deals for votes, the redistricting process did not instill a sense of transparency or confidence,” Davids said in response to the decision.

“I look forward to introducing myself to the new voters in the Third District, continuing my work to find common ground and tackle the everyday issues facing our community, and showing all Kansans that to me, their voice matters,” she added.

Republicans need to flip only five Democratic U.S. House seats in November to take over the chamber, allowing them to stymie much of President Joe Biden’s agenda.

Under U.S. law, congressional districts are redrawn every 10 years to account for population changes. In most states, the legislature controls the process, which can allow lawmakers to manipulate the lines to benefit one party over another, a practice known as gerrymandering.

Five of the state’s justices were appointed by a Democrat, two by a Republican.