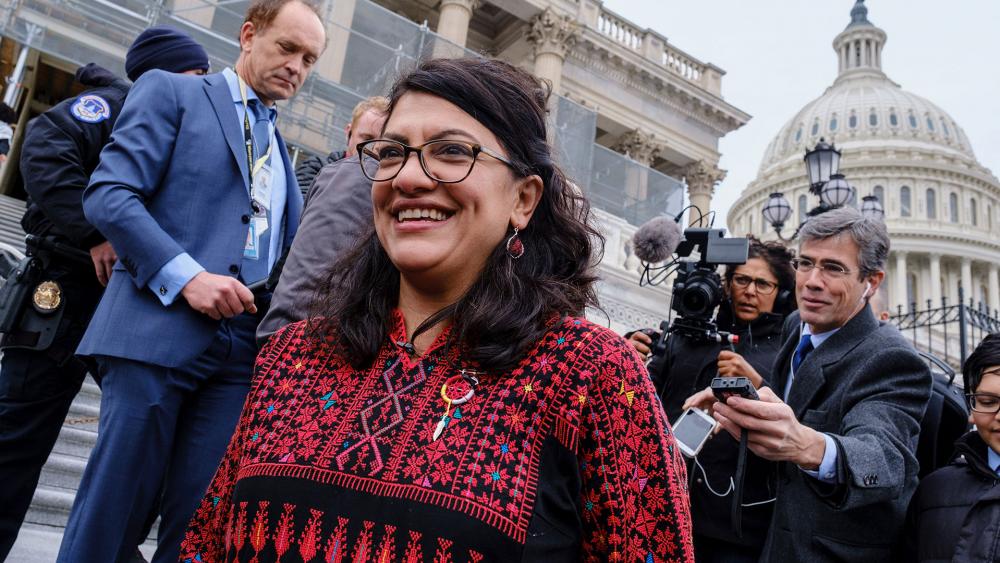 JERUSALEM, Israel – Congresswoman Rashida Tlaib (D-MI) on Monday introduced a new House resolution to recognize the “Nakba,” the Arabic term for “catastrophe” that Palestinians use to describe the mass displacement of Arabs during the establishment of the modern State of Israel in 1948.

Tlaib, who is a Palestinian-American, submitted the resolution to coincide with “Nakba Day”, when Palestinians commemorate the event.

The resolution claims that Palestinians were “expelled or fled” from their homes by Israelis before and during Israel’s war for independence in 1948. The war, which Israel won, began when five Arab nations attacked the Jewish nation after it declared independence in territory that was formerly controlled by the British.

The resolution states that by the end of the war, “Israel had depopulated more than 400 Palestinian villages and cities, often demolishing all structures, planting forests over them, or repopulating them with Jewish Israelis.”

Israel contends that had the Arabs not rejected the 1947 UN partition plan for the creation of a Palestinian state and Jewish state, there would have been no war for independence and 750,000 resulting Palestinian refugees. Israel also argues that 800,000 Jews indigenous to the Middle East and North Africa were expelled from Arab countries during the creation of modern Israel.