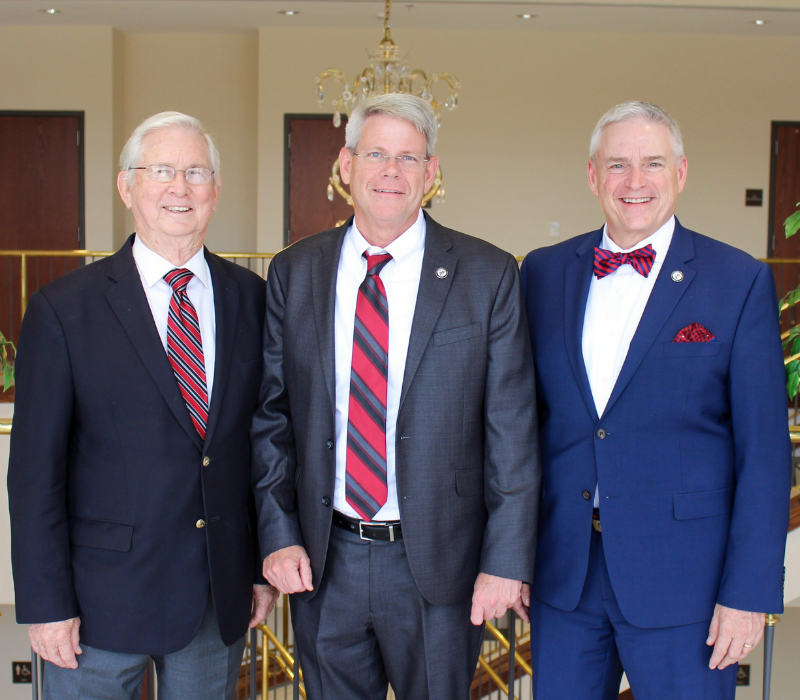 The William Carey University Board of Trustees announces the retirement of longtime WCU President Dr. Tommy King and the selection of Dr. Ben Burnett as his successor. Dr. Burnett will assume his new duties as the university’s 10th president on Aug. 16.

William Carey employees were the first to hear the news in a June 20 message from Dr. Jimmy Stewart, chairman of the WCU Board of Trustees.

“The Board of Trustees is very thankful for Dr. King’s long and successful tenure, and we are extremely pleased that the Lord very clearly led to the selection of Dr. Ben Burnett as his successor. We look forward to working with Dr. Burnett – as always, expecting great things from God and attempting great things for God,” Stewart said.

Dr. Ben Burnett began his career in education in 1986 as assistant band director for Meridian High School. In 1988 he returned to Lamar County to become band director at his alma mater, Oak Grove High School. Burnett’s Oak Grove band consistently rated superior and grew from 50 members to more than 220.

In 1997, Burnett moved into administration as principal of Oak Grove Middle School, a post he held for 10 years. During this time, he was president of the Mississippi Association of Middle Level Education and Mississippi’s Middle School Principal of the Year.

In August 2007, Burnett was elected superintendent of the Lamar County School District and was re-elected in 2011. During his tenure, Lamar County Schools moved to being rated an “A” school district by the Mississippi Department of Education. The district also received many state and federal grants in the areas of early childhood, school safety, dyslexia training and after-school tutoring.