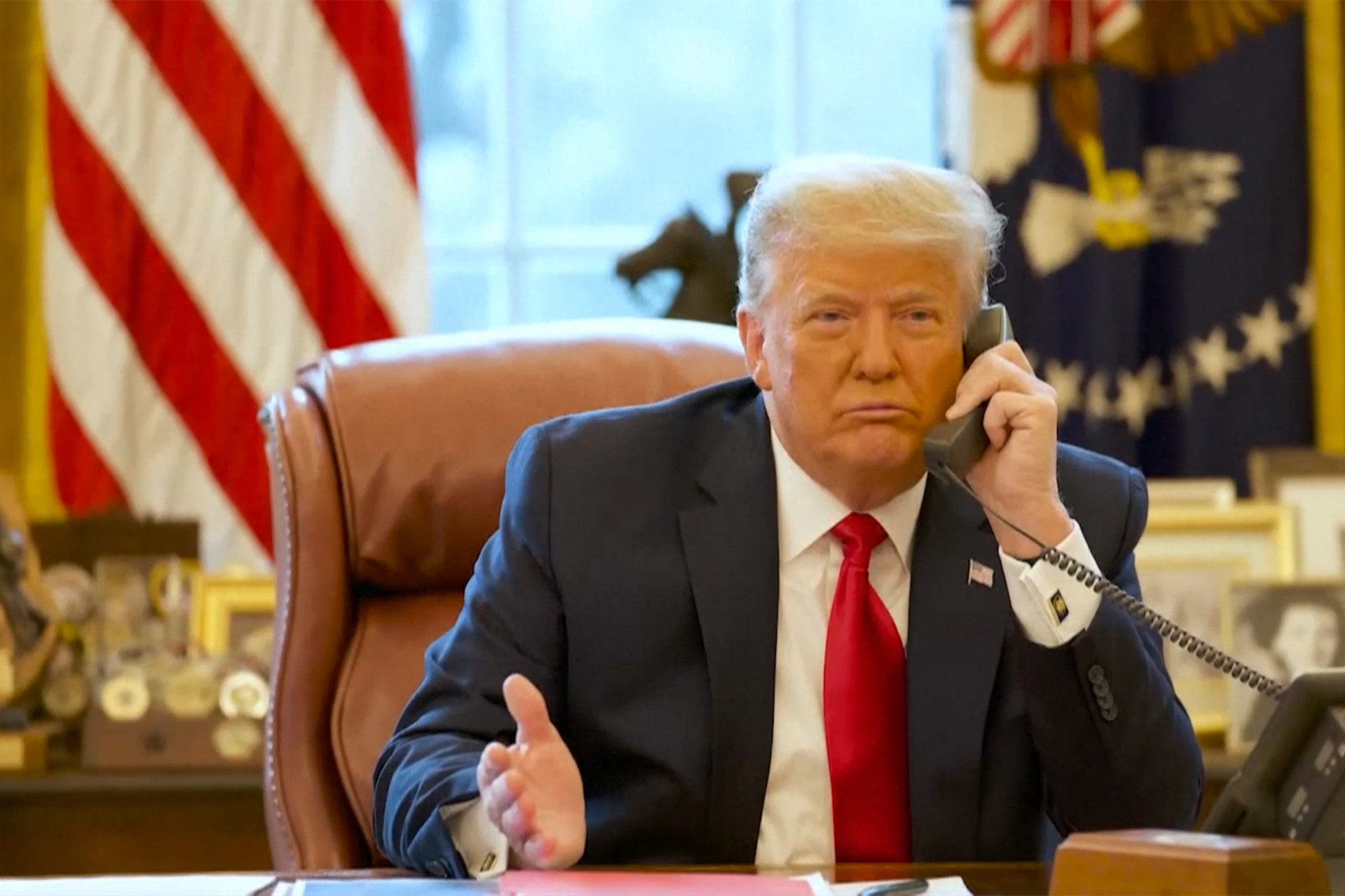 If the House Jan. 6 committee proceeds to its seemingly predetermined conclusion that President Donald Trump incited the Capitol riot and tried to reverse the results of the 2020 election and if it recommends to the Department of Justice that Trump committed criminal acts and should be prosecuted, President Joe Biden will face a serious choice.

Biden, who promised to unite the country but who most Republicans believe contributed to its division, could either allow the prosecution of the former president to proceed or travel the high road taken by President Gerald Ford when he pardoned President Richard Nixon for acts associated with the Watergate scandal. If Biden chooses the former, the division will likely widen to a chasm not to be repaired for years to come. If he chooses to follow Ford’s example, he would arouse the ire of progressives but might avoid the specter I doubt most rational Americans would wish to see — a former president in court and possibly in prison.

Perhaps a deal could be struck. In exchange for a pardon, Trump would agree not to run for president again.

It would be difficult for any prosecutor to convince a jury (except in heavily Democratic Washington, DC) that Trump caused the riot by his language. In a sound bite played by the committee, it is true that Trump did urge protesters to go down to the Capitol. True, he seemed to agree with the sign brought by one protester that said, “Hang Mike Pence,” but that is different from giving the order.

One can be disgusted by Trump’s behavior and failure even now to accept the results of the 2020 election — I am — and still not want to see a precedent set that leads to the trial, conviction and imprisonment of a former president. Not only would this add fuel to the political forest fire that is already consuming the country, it would encourage some Republicans to do the same to a future Democratic president. Impeachment and indictments would become a norm, not an exception.

END_OF_DOCUMENT_TOKEN_TO_BE_REPLACED 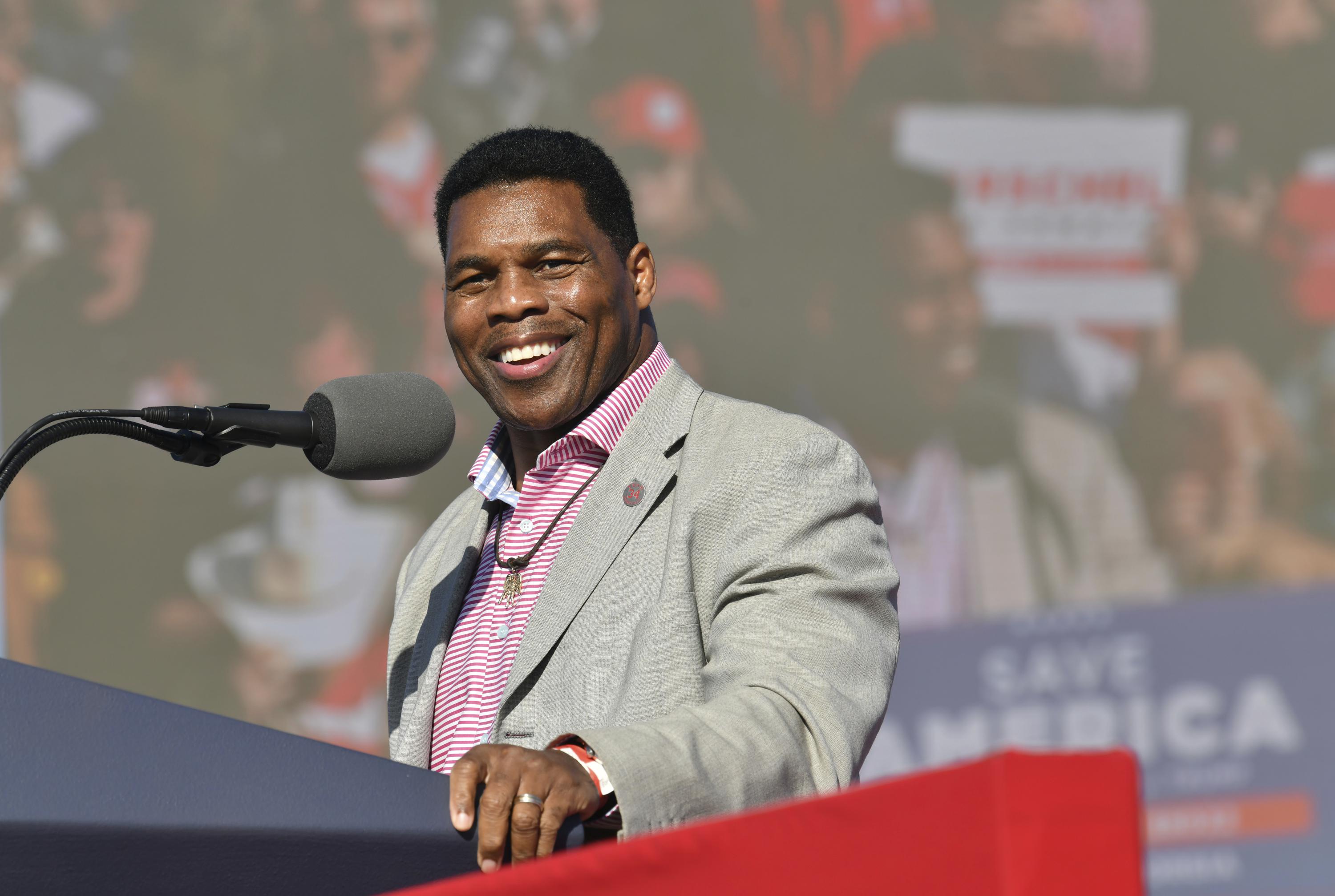 A day after The Daily Beast broke the news that Herschel Walker had a secret 10-year-old son he fathered out of wedlock, the football star-turned-politician confirmed late Wednesday night that he has yet another son with a different woman that the public doesn’t know about—as well as a daughter that he had in college.

The revelations come in the middle of Walker’s competitive race to unseat Sen. Raphael Warnock (D-GA) and after many public comments Walker has made about absent fathers in the Black community.

“I want to apologize to the African-American community, because the fatherless home is a major, major problem,” Walker said in a September 2020 interview, adding in a December 2019 interview with Diamond and Silk that men need to go into neighborhoods and become “fathers of those fatherless” children.

The second of Walker’s previously undisclosed sons was born to a woman living in Texas and is now 13 years old. Walker’s other son is 10, and Christian Walker, who has played a major role in Herschel’s political efforts and public persona, is 22.

In Christian’s case, Walker has played an extremely active role in his life. In the case of Walker’s 10-year-old, the football star seems to have played very little role. In this latest case with his 13-year-old son, Walker seems to have been present on at least two occasions, according to social media photos. But it’s unclear how active he’s been beyond that. 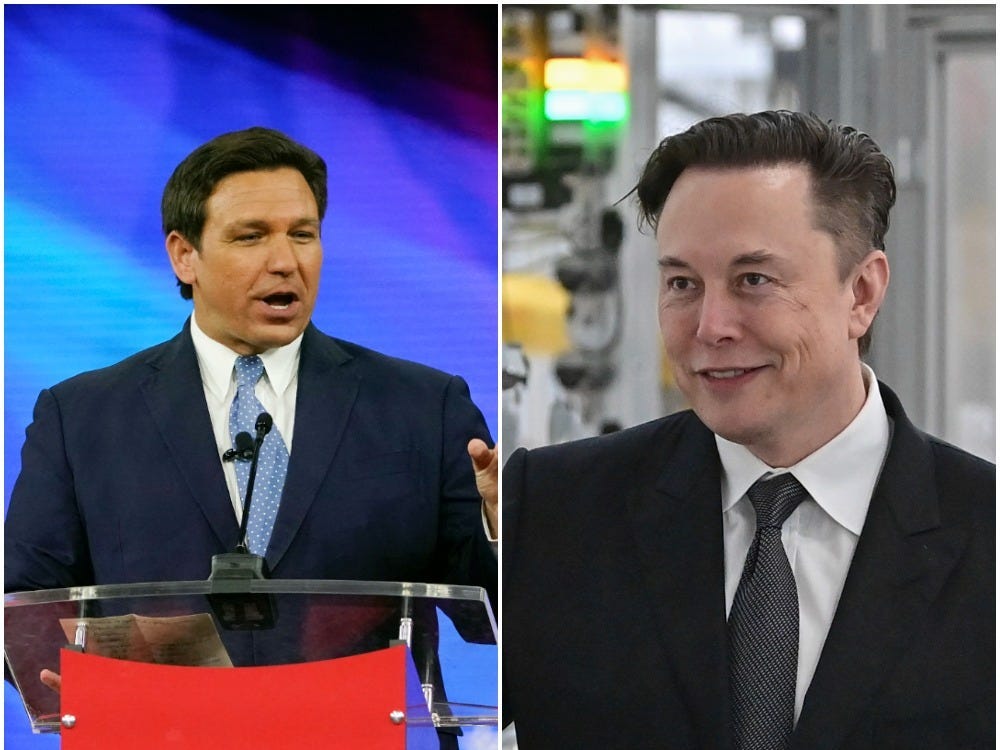 “I’m focused on 2022,” DeSantis, a Republican, said at a press conference in Madeira Beach, Florida. “But with Elon Musk what I would say is: I welcome support from African Americans. What can I say?”

DeSantis was mirroring the rhetoric from April by Black conservatives who hailed Musk’s planned Twitter takeover.

Musk, who is white, was born in Pretoria, South Africa, and lived there until he was 17 before moving to Canada, where his mother is from. He’s now a Texas voter, according to a tweet posted early Wednesday morning where Musk said he’d just voted for Republican Mayra Flores in a special election for a US House seat.

Conservatives in Congress often accuse Twitter of having a left-wing bias especially after the company deplatformed former President Donald Trump for his incitement of the January 6, 2021, attack on the Capitol. Musk has promised the social media giant will unleash free speech under his watch. 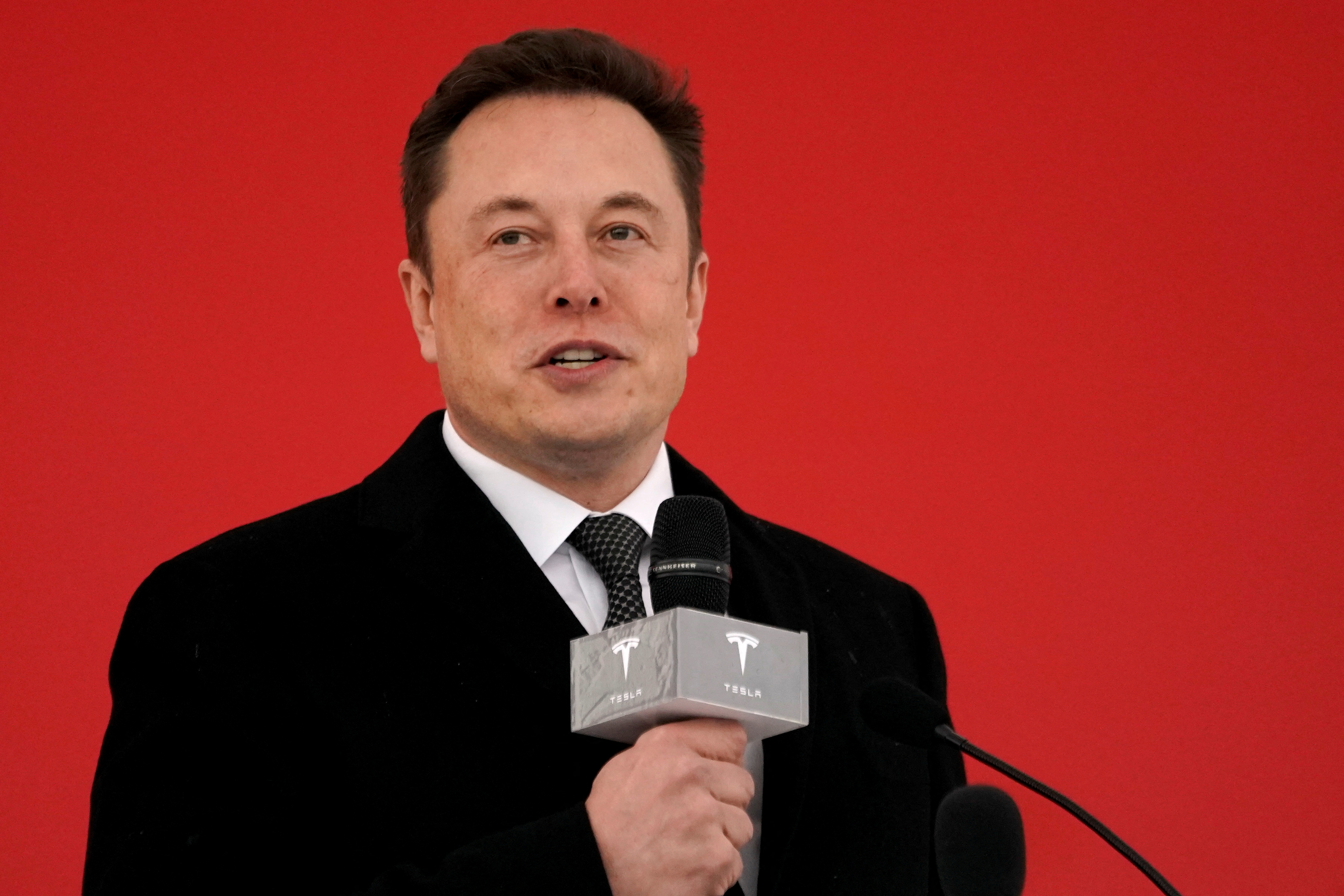 Elon Musk said he’s leaning toward voting for Florida Gov. Ron DeSantis, a Republican, in the 2024 presidential election, should he run. END_OF_DOCUMENT_TOKEN_TO_BE_REPLACED 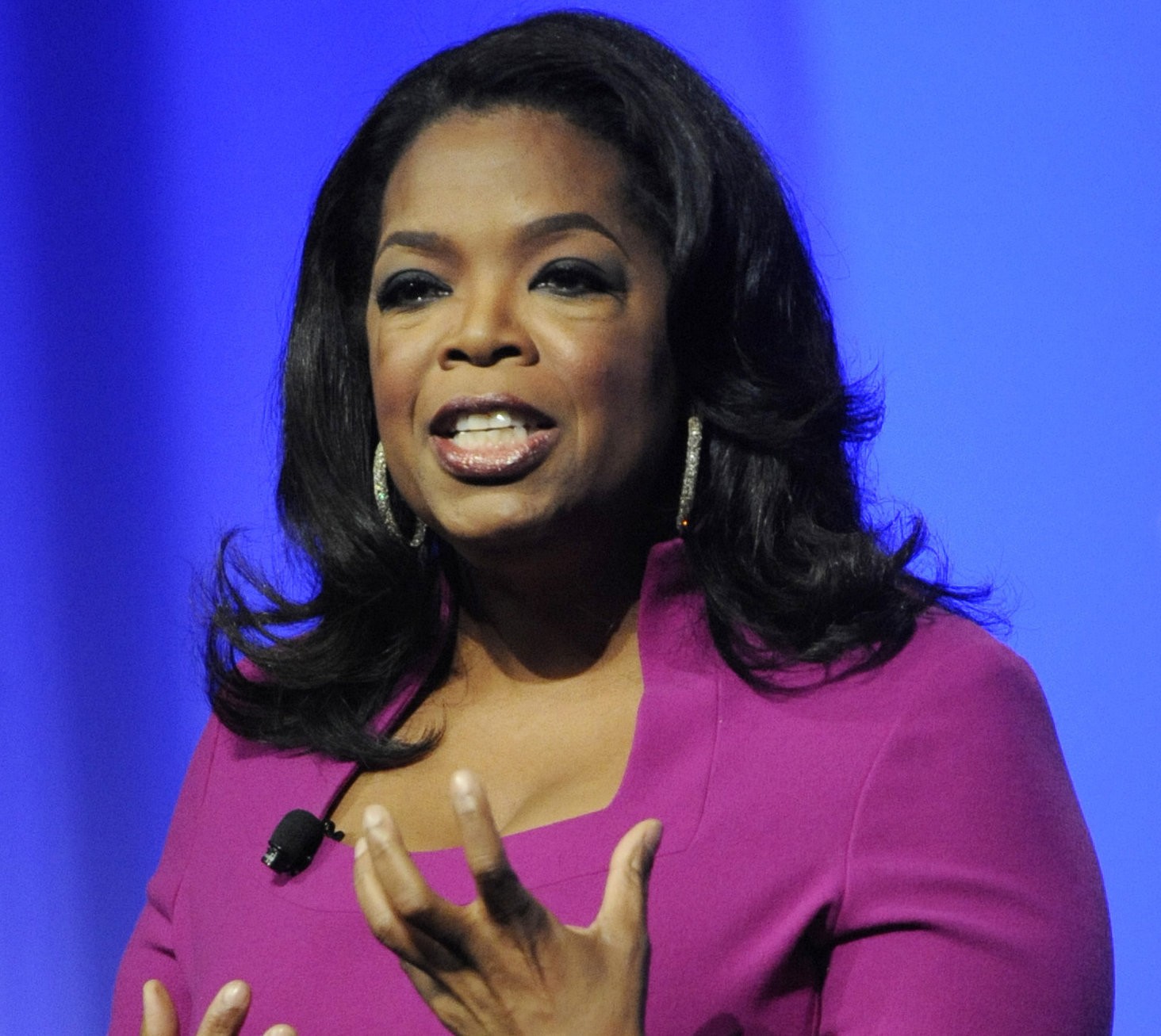 The worst-kept secret in American politics is now on full display. After interviewing nearly 50 Democratic officials about 2024, The New York Times has a message for Joe Biden: Get out!

No hard feelings, though, Uncle Joe. The party isn’t angry with Biden. It’s worse than that. The party “seems to feel sorry for him,” according to the Times’ reporting. That’s right, Biden has reached the “pity” stage of his presidency.

Just listen to what former Obama strategist David Axelrod told the Times: “The presidency is a monstrously taxing job and the stark reality is the president would be closer to 90 than 80 at the end of a second term, and that would be a major issue.” After praising Biden’s accomplishments, Axelrod continued: “He looks his age and isn’t as agile in front of a camera as he once was, and this has fed a narrative about competence that isn’t rooted in reality.”

Talk about damning with faint praise.

In a sense, this is old news. But the Times report makes it clear that Democrats are no longer willing to ignore the elephant in the room and hope Biden’s presidency will fix itself. As inflation and gas prices continue to plague the administration, Democrats are hurtling toward a potential political tsunami in November.

Now, it’s true that we’ve been here before. Sort of. In 1982, a majority of Americans polled thought Ronald Reagan shouldn’t run for re-election. But after a rough 1982 midterm, the Gipper went on to win 49 states in 1984.

Unfortunately for Democrats, Biden doesn’t have Reagan’s political skills, and tough decisions made by Reagan and his Democratic predecessor, Jimmy Carter, spurred an economic recovery just in time for his 1984 re-election. Maybe history will repeat itself, but I doubt it. As things stand, Biden seems more likely to replicate Carter’s re-election outcome than Reagan’s. 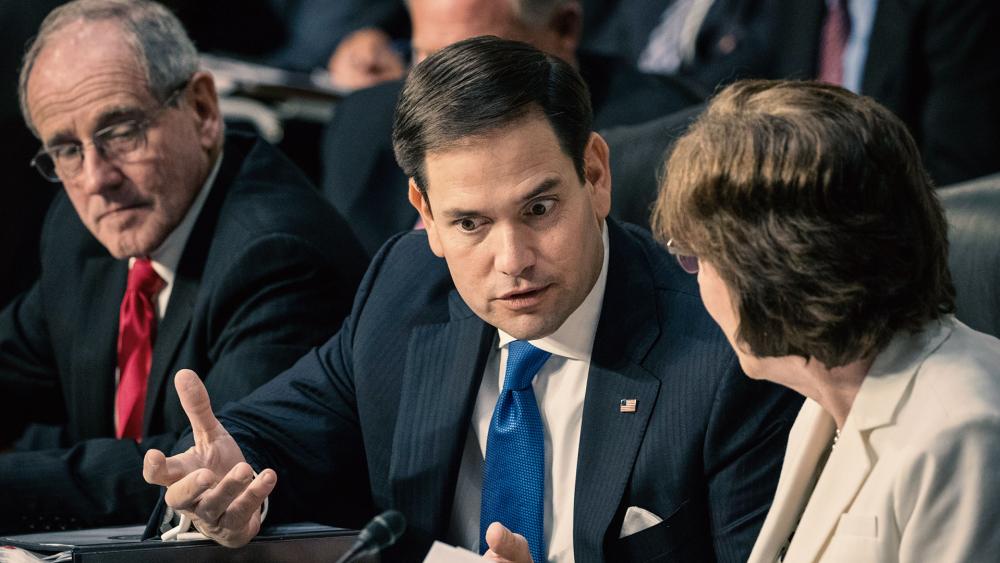 Rubio sent a letter to Attorney General Merrick Garland on Friday, asking how the DOJ plans to address the violent acts that are taking place across the country.

The senator pointed out just how dire the situation has become, especially after a man carrying a gun, knife and zip ties was arrested Wednesday near Justice Brett Kavanaugh’s house in Maryland.

The suspect was charged with the attempted murder of the Supreme Court Justice.

“These criminals are not only targeting Supreme Court Justices. As you know, radical pro-abortion activists have targeted pro-life centers, groups, and churches across the United States with arson, vandalism, and threats of violence simply because of their pro-life views,” the letter reads.

“The DOJ can no longer afford to remain on the sidelines and must instead commit to investigating and prosecuting criminal actors who have answered the call to violence.” 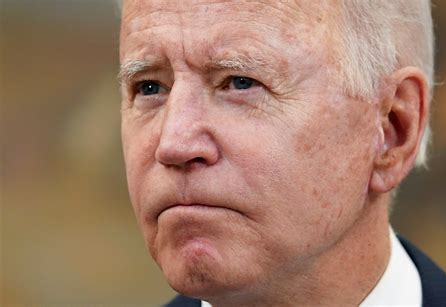 Midway through the 2022 primary season, many Democratic lawmakers and party officials are venting their frustrations with President Biden’s struggle to advance the bulk of his agenda, doubting his ability to rescue the party from a predicted midterm trouncing and increasingly viewing him as an anchor that should be cut loose in 2024.

As the challenges facing the nation mount and fatigued base voters show low enthusiasm, Democrats in union meetings, the back rooms of Capitol Hill and party gatherings from coast to coast are quietly worrying about Mr. Biden’s leadership, his age and his capability to take the fight to former President Donald J. Trump a second time.

Interviews with nearly 50 Democratic officials, from county leaders to members of Congress, as well as with disappointed voters who backed Mr. Biden in 2020, reveal a party alarmed about Republicans’ rising strength and extraordinarily pessimistic about an immediate path forward.

“To say our country was on the right track would flagrantly depart from reality,” said Steve Simeonidis, a Democratic National Committee member from Miami. Mr. Biden, he said, “should announce his intent not to seek re-election in ’24 right after the midterms.”

Democrats’ concerns come as the opening hearing of the House committee investigating the Jan. 6 attack on the Capitol made clear the stakes of a 2024 presidential election in which Mr. Trump, whose lies fueled a riot that disrupted the peaceful transfer of power, may well seek to return to the White House. 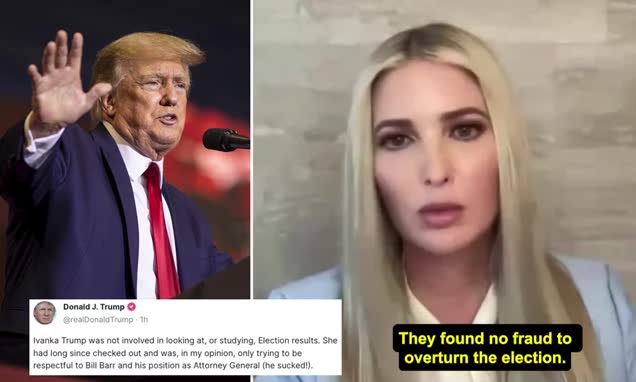 Donald Trump turned on his daughter Ivanka Trump after her testimony to the committee investigating the January 6th insurrection revealed she didn’t think the 2020 presidential election was rigged.

In a 17-second clip of her interview to the committee that was played during Thursday’s primetime hearing, Ivanka backs up Trump Attorney General Bill Barr’s assertion that the election wasn’t stolen from her father.

‘I respect Attorney General Barr. So I accepted what he said — was saying,’ she says.

The former president said on Friday that Ivanka was ‘not involved in looking’ at the results of the 2020 election.

‘Ivanka Trump was not involved in looking at, or studying, Election results. She had long since checked out and was, in my opinion, only trying to be respectful to Bill Barr and his position as attorney general (he sucked),’ Trump wrote on Truth Social, around 12 hours after part of her testimony was revealed.

‘It was a shocking turn of events. Trump and his daughter were known for their close relationship and she was seen as his favorite child. She served as an adviser in his White House and Trump often said she could be president one day.

Trump had turned on other advisers who testified before the panel and who refused to back his false claim he won the 2020 election over Joe Biden.

But it was believed Ivanka testified before the panel with tact approval from her father.

In a series of posts on Truth Social, the former president denied he said his vice president Mike Pence should be hanged for not supporting his false claim he won the election. He also repeated his false claim he was the real winner and berated lawmakers for not investigating his allegations of election fraud, which have never been proven. 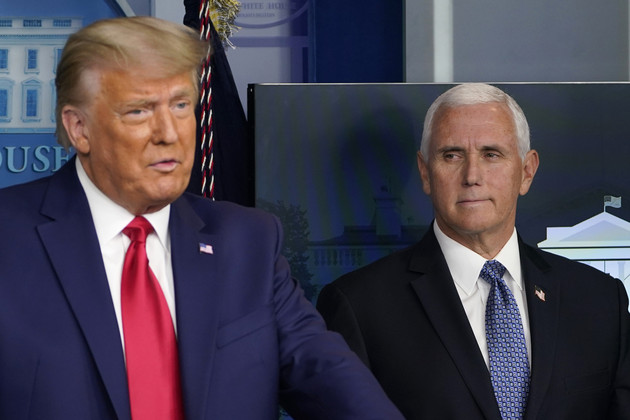 Former President Donald Trump said his vice president, Mike Pence, “deserves” to be hanged during the Jan. 6 riot at the Capitol, Rep. Liz Cheney (R-WY) said at the first House select committee hearing on the attack.

“Over a series of hearings in the coming weeks you will hear testimony, live and on video, from more than half a dozen former White House staff in the Trump administration, all of whom were in the West Wing of the White House on January 6,” she said in her opening statement. “You will hear testimony that ‘the president did not really want to put anything out’ calling off the riot or asking his supporters to leave. You will hear the President Trump was yelling and ‘really angry’ at advisors who told him he needed to be doing something more.”

Cheney went on to say that testimony will reveal Trump’s reaction to chants of “hang Mike Pence” from his supporters at the Capitol.

Aware of the rioters chants to ‘hang Mike Pence’, the president responded with this sentiment: ‘Maybe our supporters have the right idea’. Mike Pence ‘deserves it.’

According to a reporter, the line Cheney quoted prompted gasps in the room.